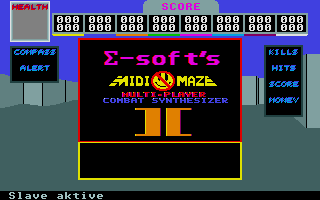 Midi-Maze was one of the first first-person shooter for up to 16 players, long before Wolfenstein 3D, Doom, etc. Midi-Maze II was the sucessor which adds much more reliably, features and fun to the game.

Some links to MidiMaze related websites: