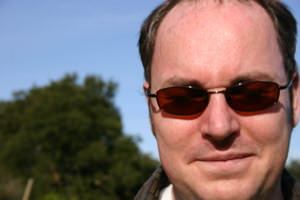 Born in 1967 in Elmshorn, Germany, I have been developing commercial software since 1985. It all started as a hobby (C–64, Schneider/Amstrad CPC, TI–99/4A, Atari 400 and many more). On the Atari ST I created my first commercial software: a floppy copy protection scheme used in many products (e.g. in Giana Sisters). Later I created the well known TurboAss (aka OMIKRON.Assembler), a very fast 68k assembler with editor, sourcecode debugger, etc. and MidiMaze II (3D and VR long before Doom…). I also worked as a freelancer for many companies (application software, games, utilities, device drivers and even operating systems).

Since 1991 I worked almost exclusively on an Apple Macintosh (SE, IIsi, PowerBook 170, PowerBook 180, Centris 660av, Power Mac 6100/60av, Umax S900/200, G3s, G4s, G5s and now Intel-based), with the exception of some months on a PC doing all sorts of stuff (like optimizing a database and writing a S3 (brand new at that time!) graphics driver for an imaging application). I also worked about a year for the german distributor of the first CD-R writer (the old single-speed Sony CDW–900E writer…). In that timeframe I mainly did in-house developing (because CD-R software simply doesn’t exist). My biggest project at that company was a picture database called mastercast..

Since mid–96 I’m a full-time developer at Emagic Hard- und Software GmbH, since April 2003 I work for Apple in Cupertino as a Sr. Engineering Manager for the Creating Music Team. We still work on Logic Pro, GarageBand, MainStage for macOS and our iOS applications. Starting Fall 2015 I moved back to Hamburg Germany, but I am still working for the same team.